Just added to your cart

Want to reverse diabetes? Cut down carbs to 55 per cent, increase protein to 20 per cent, says ICMR

Around 60 to 75 per cent of our total calorie intake is in the form of carbohydrates and only 10 per cent comprises proteins. Now, if a person has three idlis instead of four and increases protein consumption -- preferably plant protein; fish and chicken also work but not red meat – then there can be a remission in diabetes, says Dr V Mohan, one of the study authors 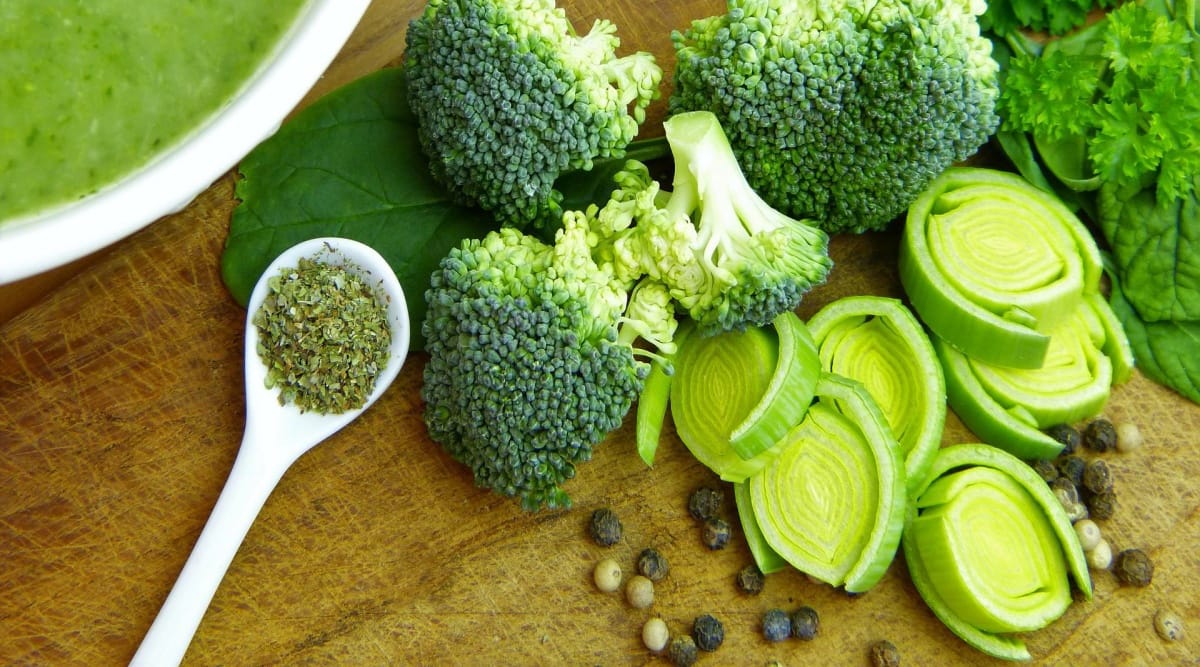 If you’re a pre-diabetic, just cut down on rice and rotis and increase your protein intake. This way you can halt Type-2 diabetes and even reverse it if you have been newly diagnosed, according to the country’s largest ongoing study on the disease. It recommends reducing carbohydrate consumption to just about 50-55 per cent of the daily energy consumed and increasing the protein intake to 20 per cent.

The latest report from the Indian Council of Medical Research-India Diabetes (ICMR-INDIAB) is based on a detailed macro-nutrient consumption pattern study of 18,090 individuals, or one in six of the 1.1 lakh people enrolled in the study. A mathematical modelling was then used to determine the optimal consumption pattern.

“The diabetes burden in India is rapidly increasing; we currently have 74 million people living with diabetes and another 80 million are pre-diabetic. Also, the pre-diabetics convert very fast to diabetes. It is estimated that India will have 135 million diabetics by 2045 – meaning almost double in the next 20 years or so. And, one of the main driving factors is the very high carbohydrate consumption in our population,” said Dr V Mohan, chairman of Dr Mohan’s Diabetes Specialities Centre and one of the authors of the study.

He said, “Around 60 to 75 per cent of our total calorie intake is in the form of carbohydrates and only 10 per cent comprises proteins. We have shown in several studies earlier that excessive consumption of white rice increases the risk of diabetes. Wheat is equally bad. Now, if a person is able to reduce the carbohydrate consumption slightly to 50 to 55 per cent, say three idlis instead of four and increase protein consumption — preferably plant protein; fish and chicken also work, but not red meat – then there can be a remission in diabetes.” 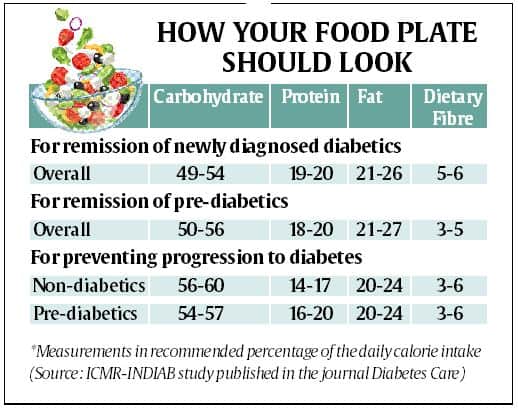 So, what would an ideal plate look like? Says Dr Mohan, “Vegetables, not the starchy ones like potato, should make up half the plate. These could be any green leafy vegetables, beans, cabbage, cauliflower; these can be changed every day. A quarter of the plate should be protein such as fish, chicken or soya. A small quantity of rice or one or maximum two chapatis should make up the other quarter.”

Why this study differs from others, according to Dr Mohan, is that the recommendations ask people to reduce the quantity of carbohydrates by a small amount. “There are many trials that have shown that drastic reduction in calories, such as consuming 800 calories or completely doing away with carbohydrates, have shown rapid weight loss and reversal of diabetes. Those findings are correct but the method is not sustainable.”

Dr Anjana Mohan is the lead author of the study while Dr Seshadri Srinivasan from the Kalasalingam Academy of Research and Education worked on the mathematical model for the study. The study was recently published in the journal Diabetes Care.

Monitor glucose level with your smartphone

Gmate SMART meter is the only true Smartphone glucometer for diabetic needs. Connect directly to the Smartphone, without the need of a costly adapter. First in its class and weighing in at less than 2 ounces, the Gmate® SMART is the smallest, most innovative blood glucose meter in the world. The Gmate® SMART connects directly to the headphone jack of the phone Headphone jack as a power source and data connection point. Find out more HERE.